Showing posts from May, 2010
Show all

May 29, 2010
In 2006 Sir Ken Robinson gave a wonderful talk at TED about education. I've watched that talk numerous time, because it's so inspiring and true. Recently he gave another talk at TED and it just as great as the first one. I inserted it for you below. And also added the poem he ends his speech with. It speaks to the hart when you have kids. But isn't this also the way we should see our colleagues? Had I the heavens' embroidered cloths, Enwrought with golden and silver light, The blue and the dim and the dark cloths Of night and light and the half-light, I would spread the cloths under your feet: But I, being poor, have only my dreams; I have spread my dreams under your feet, Tread softly because you tread on my dreams W.B. Yeats
Read more

May 22, 2010
Recently I got a DM from @6things saying: "You are very interesting." That's always a great thing to hear. :-) 6things is a relevance engine , as they call themselves. They select 6 things per day in different themes as the most interesting things of that day. Now they are asking others to curate for one week. And probably because they find me interesting, I will be sharing 6 interesting things per day in the coming week with you. I selected the technology theme, so you can following the tweets with #6things_tech . Sharing starts tomorrow, May 23rd. Hope you enjoy it.
Read more 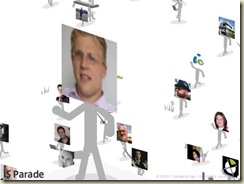 This is great fun! Go to this webpage , type in your Twitter handle or a keyword and sit back and enjoy.
Read more

Moved by the Mobile Web 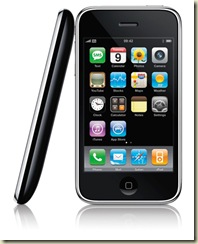 For some time now I've been following the mobile web with fascination. How quickly this market has grown and is still growing! I can remember getting my first (Prepaid!) mobile phone about 9 years ago. Even then a mobile phone was something not everyone had. Some people were even very irritated by "all the people calling in public (on the street) and sitting in the train". I don't hear that complaint very often anymore... Then slowly but steadily the mobile web popped up. Actually it was already there but just way too expensive for mainstream use. I don't think the mobile web is mainstream now, but it definitely is getting there. Recently I bought an iPhone 3GS (I know I'm slow...) and now have my own real experiences with it. And I must say I was impressed without having a smartphone. But I'm even more surprised and fascinated by it now. Like with many technologies, after you start using it, you really feel it. You suddenly actually experience the
Read more

Is Your Organization a Process or a Network?

Is your organization a process (several operational steps to get things done) or a network (smart knowledge workers connecting to get things done)? Or is it both? As an information architect I'm often confronted with this question. Usually not explicitly, but in a more implicit way. From an information process perspective you hear people talking about structured and unstructured information processes, for instance. I've shared my thinking about this topic in the past and I'm working on a longer post about this subject (to be published soon). I thought I'd start with something different. Three pictures to show the different views on organizations and how they relate. I'd love to hear you thoughts about these pictures. What I see is managers and business process specialists look at organizations in this way: So, the organization is put together as discrete, operational steps moving packets of information (the gray boxes) forward. (Loops back into the organiz
Read more 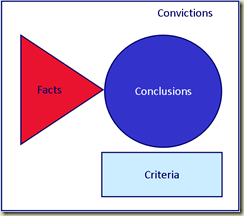 Recently I went to a three-day course about 'Realistic Influencing'. I've been wanting to go to a course about influencing for some time. My role, as an information architect, is about influencing. And I'd like to know how courses about influencing try to help people be better influencers. I enjoyed the course and would like to share some learning points with you. Here's part one. 1. In the 1st place I like the diagram (inserted as a picture in this post). I like it's simplicity. And we went through all the parts of it and experimented with it. 'Facts' are things a person sees as real. His or her experienced truth. This don't not have to be the same as a fact, as we usually talk about facts. Like 2+2=4. As we know (and maybe even have experienced) some would dare say the equation is not true, not a fact either... The idea behind this model is to take the persons 'fact' as a fact. 'Criteria' are personal norms and values a person
Read more

Who Wants My Free Full-Pass to e2.0 Boston?

I recently wrote about the prediction market I won . I told you I got a full-pass to the Enterprise 2.0 conference in Boston (June 2010). In short, my company won't pay for travel expenses, so I can't go regrettably. So, who wants my full-pass to the conference. Leave a comment and I'll select one of you with the best motivation!
Read more

Email Guidelines: Do You Have Them? 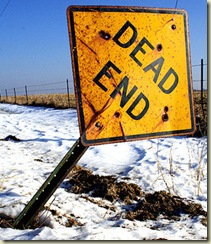 Recently the old debate popped up again: what to do and not to do with email? A colleague started a rant about colleagues who continuously CC lots of people. Another chipped in about colleagues using 'reply all' too much. Ah, the beauty of collaboration! ;-) Doesn't it all come down to agreeing how we work together? For this reason many companies set up a 'code of conduct' (or something like this). We have one too. Strangely enough these 'code of conducts' doesn't say much about using email for instance - as far as I know. Some time ago we did an internal workshop with Novay about email productivity. One of the assignments was to come up with 'email guidelines'. The great thing is consensus about the 10 email guidelines we all would adhere to was easily found. (By the way, these guidelines were only approved by the workshop members, not by the whole organization. We still have a way to go...) So, does your company have email guidelines? If
Read more 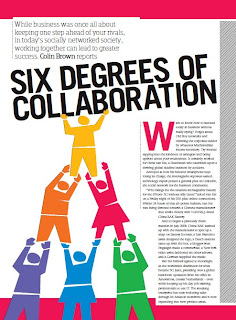 Recently I was honored to be interviewed by CNBC Business . Colin Brown did a great job of writing it all up! It definitely not only an interesting article because I'm in it. The experiences and cases of the other interviewees are fascinating. Hope you enjoy it. If so, leave a comment. If not, please say so as well!
Read more

More Interviews about Enterprise 2.0 and Océ

May 01, 2010
The company I work for, Océ , has a clear track record as a sustainable company. Way before it became the hot topic it is in these days. Every year we have a Sustainability Week to focus even more on this topic. During this week an interesting whitepaper was released. It is about 'All in Balance. Océ's eco-efficient and eco-effective approach to analog and digital document'. Reference is made to a paper I wrote with others about (personal) document processes. I hope you enjoy the whitepaper. If so leave a comment below or here .
Read more
More posts