A Brief History of the Corporation 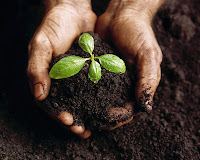 There are lots of good bloggers and blogposts out there. But every now and then I run into a post that is just great. This is one of them: A Brief History of the Corporation: 1600 to 2100 by Venkatesh Rao. It's a long post! So, make sure you have some time to read and process it.

Why do I think this post is so interesting? Well, there's been lots of debate about what social media means for traditional business. Will it change or is it changing the way we do business? Is the traditional, hierarchical way of organizing companies sustainable? Is social media correcting the industrial revolution? Or should we say 'the industrial interruption', like 'The Cluetrain Manifesto' says. Is this enterprise 2.0 or social business?

Much has been and is being written about this topic. Just think of the books 'Wikinomics', 'Macrowikinomics' and 'The Cluetrain Manifesto' itself.
So, what is this post about. In it's own words:

The Age of Corporations is coming to an end. The traditional corporation won’t vanish, but it will cease to be the center of gravity of economic life in another generation or two.

And it goes on to provide proof or leads for this statement pointing to fundamental forces creating this shift in the world.

One of the things that also struck me was the way Rao writes about technology. As if it's an autonomous force. It's the same way of talking about technology that I'm reading about in 'What Technology Wants' by Kevin Kelly. (Note: You should check the interesting discussion between Carr and Kelly here.) Roa says about technology (and business):

It is technology, acting through business and Schumpeterian creative-destruction, that drives monotonic, historicist change, for good or bad. Business is the locus where the non-human force of technological change sneaks into the human sphere.

But what's the point of this all? Growth has changed over the years. And growth has never been limitless. In our time there may be an unlimited amount of ideas, but attention is not limitless. This has implications for business.

The equation was simple: energy and ideas turned into products and services could be used to buy time. Specifically, energy and ideas could be used to shrink autonomously-owned individual time and grow a space of corporate-owned time, to be divided between production and consumption. Two phrases were invented to name the phenomenon: productivity meant shrinking autonomously-owned time. Increased standard of living through time-savingdevices became code for the fact that the “freed up” time through “labor saving” devices was actually the de facto property of corporations. It was a Faustian bargain.
Many people misunderstood the fundamental nature of Schumpeterian growth as being fueled by ideas rather than time. Ideas fueled by energy can free up time which can then partly be used to create more ideas to free up more time. It is a positive feedback cycle, but with a limit. The fundamental scarce resource is time. There is only one Earth worth of space to colonize. Only one fossil-fuel store of energy to dig out. Only 24 hours per person per day to turn into capitive attention.
Among the people who got it wrong was my favorite visionary, Vannevar Bush, who talked of science: the endless frontier. To believe that there is an arguably limitless supply of valuable ideas waiting to be discovered is one thing. To argue that they constitute a limitless reserve of value for Schumpeterian growth to deliver is to misunderstand how ideas work: they are only valuable if attention is efficiently directed to the right places to discover them and energy is used to turn them into businesses, and Arthur-Clarke magic.