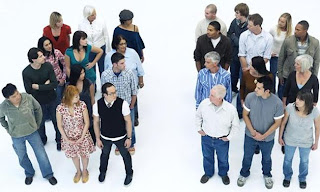 This post has been in draft for a long time... I was on the verge of posting it several times, but held back. I wondered if I should post it. Is it too negative, too open? Well, now I'm posting it anyway. As always your honest comments are welcomed.

In my work and private life I basically run into two kinds of people:


I honestly believe I belong to the first group. I'm not saying that I don't mess up, forget, procrastinate, etc. every now and then. But when I do I say sorry. It's not a normal thing, things should be different.
Furthermore I'm not saying I don't like 'the other type of people'. They're part of life and I just have to deal with them and organize my work to meet that reality.
On the other hand, things can be different. In my case, reading and living by 'Getting things done' helped me move from one group of people to the other. I think... If I'm mistaken, please correct me.
knowledge worker productivity