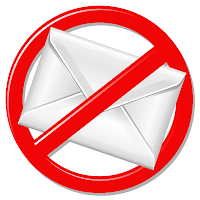 You all know +Luis Suarez, right? The guy from IBM, that live on the Canary Islands and has declared war on email. Well recently I wanted to get in touch with him to discuss an opportunity that popped up. Contacting him is easy, right? He’s all over social media. Just DM him on Twitter, send a message via Google+ or Facebook. LinkedIn will do as well. I thought I’d share how it went. Did I seduce Luis to hand over his email address to me?

But what to do if you want to send him a longer piece of text? Do you request for his email address? I was tempted to but refrained to ask because I knew I would be whipped by him. ;-) So I reached out to him via Twitter (direct message) and asked if we could call sometime soon. That was possible and we had a chat. But, still, I had to send him more information about the opportunity, about 10-15 lines of text. And I’m not going to chop this into 140 character messages. LinkedIn could work, but feels like email. I’m not connected to Luis in Facebook, so I couldn’t message him there either. So I left it up to him. And what did he choose? We had a one-on-one conversation in Google+. Which worked fine. There is no limitation to message link there. Although attachments can’t be sent, a link to it works as well.

This does make me wonder: this one-on-one conversation is basically email in a social network. The shift of email-like communication to social networks is evident and understandable. But does it really make sense to move this kind of conversation there? Isn’t this the sweet spot of email and basically it’s best use case. To use it for one-on-one confidential conversation? I could think of two good reasons to move these kind of conversations to social nets:
So, what do you think? Are there other reasons to communicate one-on-one in social media instead of email? And how would you have interacted with Luis if you wanted something from him?

By the way, Luis will be at the 2013 Intranet Conference (the company I work for is the organizer). He’ll be sharing his thoughts on the skills of the knowledge worker in a keynote and in a pre-conference workshop he’ll be talking about ‘a world without email’. You can register here!
email productivity sharing social media social networking