Is our web slipping away? 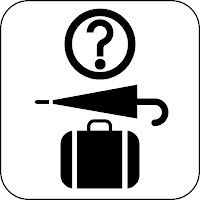 Sometimes I read a post that really gets me thinking. Anil Dashes' recent post 'The web we lost' did it this time. I think reading the full post is well worth your time if you're interested in where the web is headed. Two fragments from the post triggered me the most:


We've lost key features that we used to rely on, and worse, we've abandoned core values that used to be fundamental to the web world. To the credit of today's social networks, they've brought in hundreds of millions of new participants to these networks, and they've certainly made a small number of people rich.

But they haven't shown the web itself the respect and care it deserves, as a medium which has enabled them to succeed. And they've now narrowed the possibilites of the web for an entire generation of users who don't realize how much more innovative and meaningful their experience could be.

The first step to disabusing them of this notion is for the people creating the next generation of social applications to learn a little bit of history, to know your shit, whether that's about Twitter's business model or Google's social features or anything else. We have to know what's been tried and failed, what good ideas were simply ahead of their time, and what opportunities have been lost in the current generation of dominant social networks.

One of the things I really like about the web is that I know what it was like before the web was there and became so important in our lives. I can also remember the first steps 'web 2.0' brought us and how thrilled I was (and still am) about the next version of the web. After years in the internet and intranet version of the new web, I too am wondering if we're loosing it. I understand Dashes points to business models and what existing services are doing (building walls, cutting off integration opportunities based on RSS, etc.) as reasons for loosing the web. However, I wonder if we should ask even more fundamental questions. Web 2.0 and social media was about refinding our voice. More and more I see the services that helped us refind our voice are becoming less human (walling their garden, changing privacy settings, etc.). They're going against important statements from The Cluetrain Manifesto. And I see less and less people blogging and starting deep conversations (although I must say this is one of the reasons I love Google+). Monetization of services has become more important than the core values of the new web.

Or aren't we loosing it, but are we just getting started? Is it that the early adopters have to slow down and understand that the majority is just starting to understand the concepts and tools of the new web?

Just when I wondered if Dashes would share his ideas about rebuilding the web we lost, he posted his ideas. They are good ideas, even though they're focused on technology, design, funding, business models and the like. These could be good starting point, but as I just mentioned, I wonder if this cuts deep enough to really bring back the web we lost. What do you think?

UPDATE (5 minutes after publishing this post): My friend Ana Silva recently blogged about this topic as well, pointing to Dashes' post and other related posts.