The Google Car and the Stanford Connection 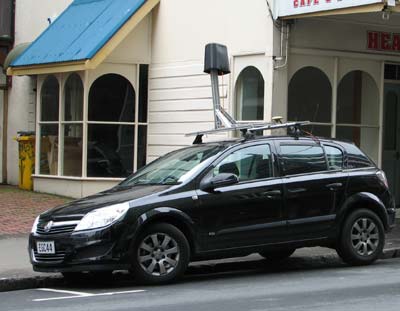 It wasn't too long ago I wondered if there would be another DARPA Grand Challenge. I wondered because the Challenges I'd followed and watched were so inspirational. Remember the 2006 Grand Challenge when the Stanford team passed the finish line first? Man, I almost jumped up and down with the team... And if the DARPA Challenges weren't continued, would the research team go forth with their work or would it be commercialized?

Then, just recently, we heard Google is working on a secret project, the Google Car. An autonomous vehicle driving around in the SF area. Wow! Techcrunch, Robert Scoble, the NY Times and ReadWriteWeb have the story. Oh, and Google of course.

So, the work done for the DARPA Grand Challenges is continued by Google. And who's responsible for this project? Right, the team leader of the winning team in 2006, Dr. Sebastian Thrun. In 2006 he was lead researcher at the Stanford AI lab. So, now we have the Google algorithm and the Google Car coming from Stanford (- not to mention more...)! What will be next?